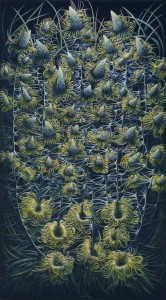 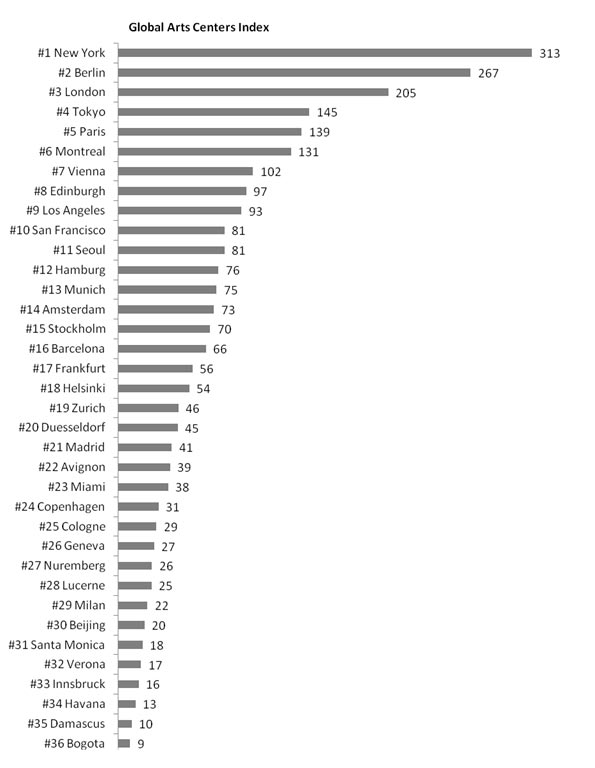 (…) Much more surprising is the runner-up: Berlin. Famous for its cutting-edge underground arts scene and its unique raw character which attract young and restless talent, the Eastern-European (sic) capital  shows a remarkably strong international presence in terms of arts. It hosted 87 international arts events in the period analyzed, including ABC Art Berlin Contemporary, Popkomm and JazzFest Berlin – that is more than any other city in our ranking and over 30 per cent more than the Big Apple. As far as its local vibrance is concerned, Berlin scores significantly lower than New York – it hosts around 1,000 local visual arts events and around 500 local performing arts events per week. However, if we corrected the data for the population size of both cities, and calculated the number of local arts events per citizen in both metropolises, we would see that Berlin would be 30 per cent more vibrant than NY in terms of performing arts and 50 per cent more in terms of visual arts. (…)